I’m a retired Aussie expat living in Thailand with my Thai ladyboy girlfriend. My name is Warren Gerdes and my fiancée’s name is Chanya Khamjeen and our  Video Blog covers the typical things 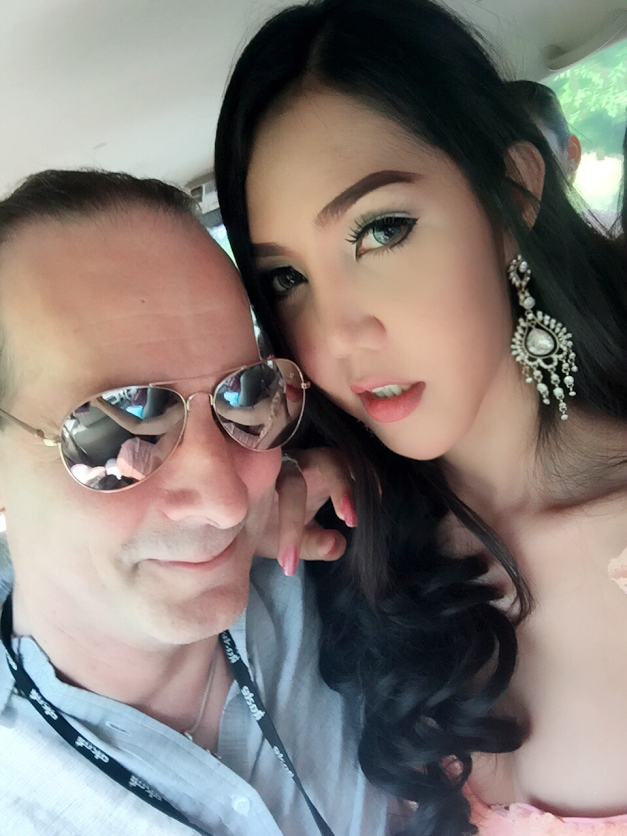 we find ourselves doing as we build our life together living our life in the suburbs of Bangkok.

My fiancée is a post-op ladyboy and we have been together since 2009. Between 2009 to 2016, I certainly clocked up some frequent flyer miles travelling backwards and forward to see her. Some of those trips were paid by the company I was working for as they had opened an office in Bangkok and I was the computer guru that got it all connected and running. I also flew her out to Australia twice, but she found the Australian way of life difficult and the weather was way too cold for her, even living in Sydney.

Sadly, we had to close the Bangkok office down in 2011 for a number of corporate reasons that I have yet to fully understand, but that meant all future trips came out of my savings. I still managed to get on 3-4 trips each year as I had accrued additional long service leave.

I finally moved to Thailand in September 2016 because the 8 years of travelling to see her were taking its toll. The idea of early retirement in Thailand was on the cards well before I met Chanya and even the idea of early retirement was considered back in the mid 90’s because my father managed early retirement at age 55 from the Australian Defense Industry. As I was borne after 1960, the Australian government extended the early retirement age to 56 but I would have moved when I turned 50 if it wasn’t for the aftermath of the Global Financial Crisis of 2008. I lost a good portion of my investments when that happened and it took 5 years for me to recover sufficiently so that I could meet the financial requirements of the Thailand visa.

The company I was working for had recently been purchased by an American firm operating in the same business sector. The main reason for my exit from Australia was the ongoing changes experienced at our firm and the change in the company culture. The final straw came when I was passed up for the annual bonus scheme and the yearly CPI salary adjustment which from my point of view was saying they no longer appreciated my service after 15 years with them. My investments were at a high enough level to support a comfortable lifestyle in Thailand, so I handed in my resignation and I never looked back.

Although I already had a YouTube channel going where I could share some videos of my Thailand memories, I started producing weekly videos covering my migration process and Thailand adventures. We hope we will give you a unique perspective on Thailand life and lifestyle as we go about our daily life and sometimes explore the Land of Smiles. Pop on over to our channel, and if you like what you see, pop a click on the Subscribe button so you can catch the latest videos on your YouTube feed.