I got my new helmet so now it’s time to take the bike for a little run out to Phutthamonthon. I did this ride in 2016 when we got our M-Slaz bikes so I thought it might be good to do the run again but take the back road out there.

Phutthamonthon is a Buddhist park in the Phutthamonthon District, Nakhon Pathom Province of Thailand, west of Bangkok. It is highlighted by a 15.87 m (52 ft) high Buddha statue by Corrado Feroci, which may be the tallest free-standing Buddha statue in the world.

The park was created in 1957 (the year 2500 in the Thai Buddhist Era) on the basis of an idea of Thailand’s prime minister, Phibunsongkhram. The park covers an area of about 400 hectares, which in traditional Thai units is 2500 rai. Construction started 29 July 1955, and the park was inaugurated on the Vaisakh Bucha day, 13 May 1957. 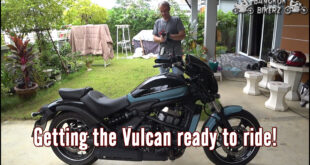 Now that Todd has got his plates sorted out, it's now time to get the Vulcan on the road and set up for riding. 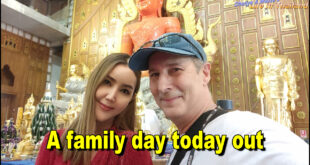 Chanya's uncle and his wife are down for a visit, so we spend the day running around doing Thai things. 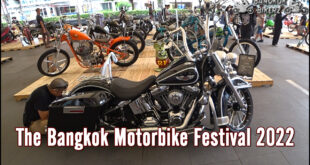