Songkran in Sukhothai and Phrae

Songkran was officially over in Bangkok (13-15 April) but other provinces have delayed starts. In keeping with Thai tradition, we take a drive to Si Samrong Sukhothai to spend some time with mothers family. As Chai and Jep came along with us, we also took a run further north to Phrae which is where Jep grew up.

Although the temps were topping out at 42 Celsius, we had a bit of fun, especially with the karaoke. If you are part of a Thai family, you will soon find that karaoke is an integral part of Thai family culture. I am certainly not used to sleeping in the evenings without airconditioning and I’m sure I’ll need to condition myself for it if I ever plan to live in the country.

On the final day, we took a gift of food and beverages to a local orphanage where we were treated with traditional folk songs by the children. One thing I wasn’t aware of is how the orphanages operate as there were fewer children there than I expected. Chanya told me that although they are orphaned children, they usually have some family that they can visit. As this is the new year, some of the luckier children leave to visit extended family over the new year break. 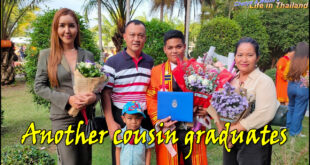 It's Sunday and we're out to support another of Chanya's cousins for his graduation ceremony. 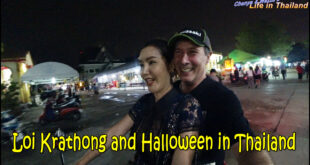 Loi Krathong and Halloween in Thailand

Tonight is Loi Krathong in Thailand and also Halloween in other parts of the world. It's time to go make a wish and make merit. 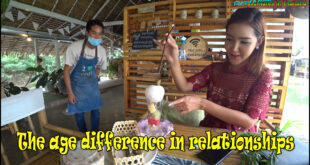 The age difference in relationships

I get a lot of comments on the subject of Thai relationships and age differences, so I thought I'd ask Chanya what was her thoughts of the matter.