Meetup at Jacks Bar in Bangkok

When I headed out yesterday, I called Tim to see if he would like to join us, but it was too short for the notice. He did suggest we catch up today and he chose Jacks Bar on the river as the meetup point. Tim noticed he’d just cracked the 100 subscribers on his YouTube channel while we were there. It was a great choice for a hangout and the bar itself is very foreigner friendly at an affordable price.

After a few beers there and some food, we asked Cody where he’d like to go and he suggested a sky bar. The only one I know at the moment is the Octave on the Marriot so we head off there. We took some photo’s up there, has a round of drinks and some more food, then headed down again. The sky bars are a lot of fun, but really far too expensive to spend the night drinking there.

Back on ground level, we grabbed some street food and then made our way back home. 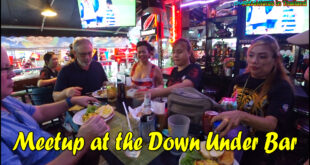 Meetup at the Down Under Bar

Our mate Tim is moving from Bangkok to Cha-Am, so we're having a little going away party at the Down Under Bar 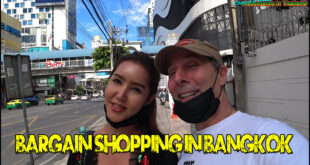 Another day and another shopping video. Yes, she wanted to go into Bangkok to her favourite shopping mall on her day off! 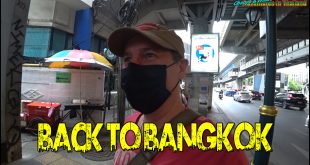 Niall in Thailand messaged me and said he'd organized an impromptu meetup and asked me if I'd like to join in.