A ride to the local park for a chat

One of the things Bangkok lacks is parkland spaces. Where I lived in Sydney, you couldn’t drive 2km without going past a park where you could sit in fresh air under trees, but these sort of places are few and far between in the Bangkok area. Finding quiet places to chat can also be difficult, but thankfully I knew a place fairly close to where I lived which was only a short ride away.

Ian had a little problem with a flat tire on his bike but managed to get there a little after we arrived. I rode there as well which was the first time I had ridden since the start of the wet season. Dave was the odd one out and had to get a Grab taxi, but we all managed to meet up without too much bother.

Although there isn’t any chat in this video, as this was the ride there and back mainly, you can check out Ian’s channel and the chat part will be uploaded on his channel soon enough. 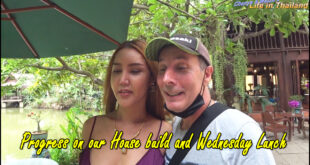 Progress on our House build and Wednesday Lunch

It's the beginning of the month once again so it's time to go check out the progress on our house build again.

Ride to Cha am for Rob’s BBQ pool party!

It's been 12 months since I've been for a good bike ride so when Rob invited me down for his BBQ pool party, I had no excuse not to jump in the saddle! 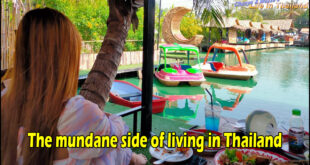 The mundane side of living in Thailand

It does feel like everyday life here in Thailand has a whole lot of routine especially when we only have one day each week to do our own thing.