Personally, I do think everyone should try early retirement even just for the opportunity to enjoy the fruits of their labour over the previous years before they need a walking frame. Mind you, the current working environment for most people simply doesn’t make it possible without great sacrifice. The corporations who own the governments around the world simply don’t make it possible to beat the system any longer and the government doesn’t want a population capable of critical thinking which can be a result of stepping back and looking at the mess this world is in. For them, it is better to have the population fighting to survive and fighting amongst themselves rather than fighting the government. As for retiring in Thailand, for me, it was an opportunity given my financial situation. I certainly wasn’t in a position to take early retirement back in my birth country Australia! 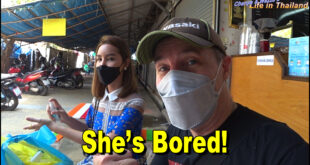 She’s bored and wants to go to the market!

We've both been stuck at home for the last 2 weeks and now that we've got the "all clear", she wants to go to the market! 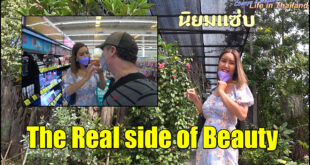 The Real side of Beauty 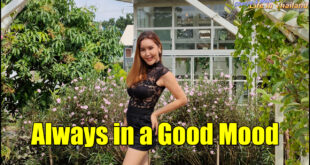