Today is the Kings funeral and a soulful time for the Thai people. It looks like it is going to be a long day as we make our preparations to head out to the flower laying ceremony at Putthamonthon. Chanya had plans to go to Bangkok and Sanam Luang, but people have already been camping out for 3 or more days to get a good place in the queues.

At least we haven’t needed to go out camping, but we do expect long queues even this far from the city. People from upcountry visited Bangkok and were camping out at sidewalks on roads at nine screening checkpoints outside Sanam Luang with hope to be among the first group of people to be allowed in to occupy the best positions to view the Royal Funeral Processions.

Sadly, the Royal Family chose to make the cremation a private affair which is the traditional method as per Buddhist teachings. 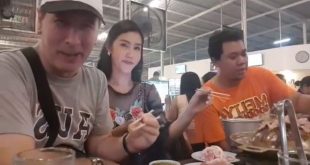 So tonight, Be, Chanya’s brother wanted to take us out to dinner. We’ve been to … 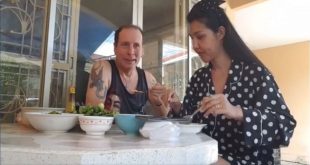 Thanks for joining us for our first Breakfast live broadcast. This is something we’re planning …