So why did we take a month off?

Even though I started shooting videos for YouTube as early as 2009, I didn’t start showing videos to the general public until 2016 in my preparation to move to Thailand. Of course, that thought popped up at the beginning of April as a realization that I hadn’t taken a break for the last 6 years so it’s a “time-out” as they say. Our April was quite busy with different things going on and some of it was captured on camera but now we’re back into the swing of things and here to entertain you with our fun and games living here in Thailand. Today we visited the Rest Way Cafe and Bistro which specialized in a touch of Japanese cuisine which was a change from the norm. The food was great and there was some interesting bric-a-brac to check out while we were there.

Previous Lunch at the Bamboo Curtain
Next Some ideas to beat the Rat Race and Retire Early! 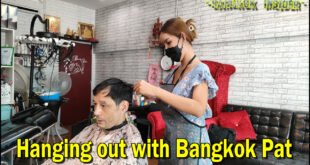 It's been a while but I finally got a chance to hang out with Bangkok Pat again. He told me he was in serious need of a good haircut! 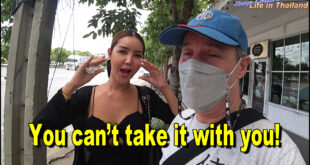 You can’t take it with you!

After 5 years of doing YouTube, I am still confused about how people I've never met can give me advice on how I spend my hard-earned cash! You can't take it with you! 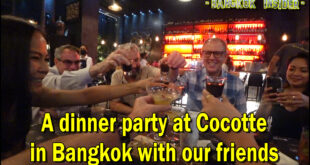 One of the best things about YouTube is you get to meet great friends and have the best parties!